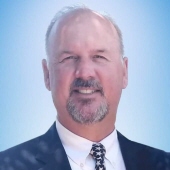 William was born in Cullman, Alabama, a son of Thomas Oliver Abbott and Wilma Joyce Wood Abbott. He was an evangelist and a member of Southside Baptist Church in Rock Hill, South Carolina. Since 2008, William had been serving as Camp Director for Camp Hosanna in Hiawassee. Two brothers preceded William in death: Steve Abbott and Phillip Abbott.

Funeral services will be held on Sunday, June 14th, at 6:00 p.m. at Camp Hosanna in Hiawassee, with Pastors Ken Walters, Tim Mason, Bo Wagner, and Evangelist Ethan Abbott officiating. Special music will be presented by Zach, Ethan, Olivia and Priscilla Abbott. The following gentlemen are asked to serve as pallbearers: Stan Wood, Steven Graves, Zach Abbott, Ethan Abbott, Dave Corneliussen, Ken Mason, Pat Clay, and Dan Hershberger. Requested to serve as honorary escort to the family is Tyler McDonough. Interment will be at a later date in Hernando Memorial Park in Hernando, Mississippi.

Arrangements locally have been entrusted to the care of Cochran Funeral Home of Hiawassee. Please share your condolences with the family and sign the guest registry online at www.cochranfuneralhomes.com.
To order memorial trees or send flowers to the family in memory of Evangelist William Thomas Abbott, please visit our flower store.