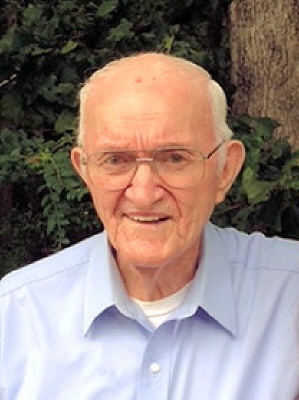 Loving patriarch to his family and the Honorable former Mayor of Mineral Bluff, Georgia, a devout Christian and veteran, Clarence Franklin “Frank” Dockery, age 94, died November 27, 2020, at home in the presence of his family.

He was also preceded in death by his wife Della Mae Harrison Dockery, his true love, whom he married at the age of 18. The couple was married at her parents’ home in Mineral Bluff, Georgia on November 11, 1944, just a few hours before he was shipped out into service for his God and his country.

Corporal Dockery proudly served in the United States Army for two years in the 56 Air Engineer Squadron, 31 Air Service Group, in the Asiatic-Pacific Campaign and in the Philippian Liberation Conflict for which he received several medals and two overseas service bars. Upon discharge, he immediately reenlisted to serve an additional three years in the United States Air Force Reserve and was honorably discharged on September 17, 1949. He continued to work in the Nuclear Bomb Plant in Augusta, Georgia, relocating his family to continue his active employment despite receiving severe back injury and hearing loss while in service.

A man of strong faith, integrity, strength, and courage, he was well known for his works of charity as a City Council Member, as Mayor, and as a community leader. His kindness and generosity were received by thousands across the United States as he served fourteen years with a well-known evangelist overseeing and putting up what was then the world’s largest tent. He invented and created different rigs to assist with the raising of the tent and oversaw the comfort and safety of the workers and individuals who attended the revival meetings. He traveled extensively from border to border of the U.S. and abroad in evangelistic work.

Not only was he an accredited theologian, philosopher, and licensed minister of the Gospel, but he was also a certified welder; journeyman; a licensed heavy equipment operator and mechanic; a certified ironworker on the Savannah River Project and served on the Apprenticeship Committee; a trained baker and pastry maker; an electrician; a skilled carpenter and cabinet maker; a professional photographer; farmer; editor and publisher of a Christian magazine; a multi-awarded salesman; an accomplished portrait and landscape artist, teacher, singer, songwriter, and musician. In his 94 years on earth, his accomplishments could continue on and on. Known as “Doc” to his most intimate friends, he was known for his skills to “fix about anything, and if it can’t be fixed, Doc will make something new out of it.”
But to us, his seven children, he was our hero, our champion, our mentor, our best friend, and we are honored to call him daddy.

Mr. Dockery was a member of World Harvest Church North, where his son, Asa Dockery is the founder and senior pastor. As an active member, he was well-loved and respected by all attending members who referred to him fondly as “Poppa Dockery”.


To order memorial trees or send flowers to the family in memory of Frank Dockery, please visit our flower store.