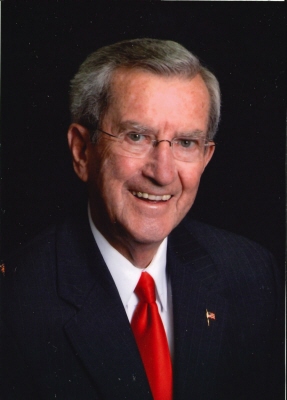 Frank W. Turner, age 87, of Blue Ridge, passed away Sunday, September 5, 2021, at Pruitt Healthcare. Mr. Turner was born August 15, 1934, to the late Wilford Turner and the late Medley Davenport Turner. Frank was a U.S. Army veteran, a Blue Ridge First Baptist Church member, and had retired as bank manager with SunTrust and Home Federal Bank. He was highly involved in the community and the Kiwanis organization. In addition, he enjoyed convention-styled gospel music and was a member of the Blue Ridge Gospeltones. He also organized a children's choir at Sugar Creek Baptist Church. Mr. Turner enjoyed golfing and was an avid Georgia Bull Dog fan. Frank was preceded in death by his father, Wilford Turner, his mother, Medley Turner, his first wife, Joyce Clement Turner, sisters, Juanita Harper and Dale Reece, and brother, Troy Turner.

Arrangements entrusted to the Henry-Cochran Funeral Home of Blue Ridge, GA. You may send condolences to the family and sign the guest register at www.cochranfuner
To order memorial trees or send flowers to the family in memory of Frank W. Turner, please visit our flower store.