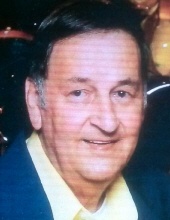 Franklin Delano King, age 87 of McCaysville, passed away October 20, 2020 in Blairsville, GA. Mr. King was born June 23, 1933, in Isabella, TN, to the late Ervin King and the late Ruth Coffey King. A member of Calvary Church, he was preceded in death by his wife, Nelma King; second wife, Lena King; and brothers, Jimmy King and Gene King. He was an Army Veteran of the Korean War and recently received a Quilt of Valor for his service. Mr. King enjoyed fishing and supporting the Tennessee Vols. He was also an avid baseball fan, coaching baseball and following the Atlanta Braves. He will be missed by all who knew him.

Arrangements entrusted to the Finch-Cochran Funeral Home of McCaysville, GA. You may send condolences to the family and sign the guest register at www.cochranfuneralhomes.com.
To order memorial trees or send flowers to the family in memory of Franklin Delano King, please visit our flower store.