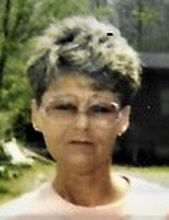 Cochran Funeral Home and Crematory of Blairsville announces the death and funeral services for Freida Colleen Parham, age 69, of Blairsville, Georgia, who passed away on Wednesday, December 22, 2021 at Chatuge Regional Hospital in Hiawassee, Georgia.

Colleen was a native of Thomaston, Georgia, and a daughter of the late Burmer Parham and the late Mavis Ownbey Parham. She had lived in this area for most of her life, and attended First Free Will Baptist Church in Hayesville, North Carolina. She loved her church, and read her Bible faithfully. Colleen was dedicated to her family and cherished them. Besides her parents, she had been preceded in death by two brothers, Merle Parham and Owen Ownbey.

Visitation will be held at Cochran Funeral Home on Monday, December 27th, 2021, with the family meeting with friends between the hours of 11:00 a.m., until 12:00 noon. Funeral services will begin at 12:00 noon, to be held in the Chapel of Cochran Funeral Home of Blairsville, with Pastor Chris Rumfelt officiating. Special music will be presented by Pleasant Grove Baptist Church Choir. The following gentlemen have been requested to serve as pallbearers: Jason Jackson, Jason Young, Chris Bryant, Randy Thomas, Charles Brackett, and Larry King. Requested to serve as honorary pallbearer is Herbert Parham. Burial will be in Meadow View Cemetery in Blairsville.

Arrangements have been entrusted to the care of Cochran Funeral Home and Crematory of Blairsville. Please share your condolences and sign the guest registry online at www.cochranfuneralhomes.com.
To order memorial trees or send flowers to the family in memory of Freida Colleen Parham, please visit our flower store.