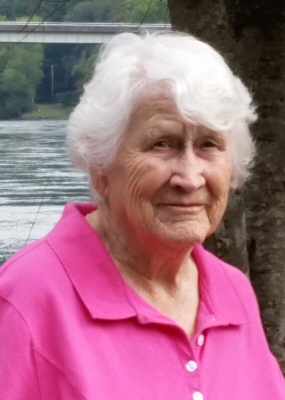 Mrs. Geneva Henson Hyatt, age 89, of Mineral Bluff, GA died April 4th at Pruitt Healthcare in Blue Ridge, GA. She was born in Mineral Bluff, GA to the late Samuel Leonard and Icie Davis Henson. Her two brothers Hoover and Joe preceded her in death. Geneva was married to the late Reverend Allie Hyatt for 59 years. She was a loving daughter, sister, wife, mother and grandmother. Geneva worked in the home and raised five daughters. In 1978, she began working at Fannin County Nursing Home. She worked 27 years there in the housekeeping department. Geneva loved reading, shopping, working in her yard and watching westerns. She was a wonderful mother and one who could always be counted on to step in and help out in any situation.