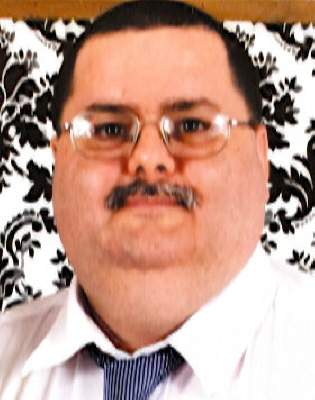 Gregory Lee Jones, age 49, of Marble, passed away Wednesday, September 1, 2021, at his home in Marble. Mr. Jones was born November 4, 1971, in Hiawassee, GA, to the late Robert Harry Jones, Sr., and Betty Lou Huskins Jones. He was a member of Mt. Zion Baptist Church in Marble and was a lifelong resident of Cherokee County. Gregory worked at Ingles in Andrews for over 20 years. He enjoyed playing computer games, talking politics, and attending comedy shows. His biggest joys in life were his children and grandchildren. He was preceded in death by his father, Robert Harry Jones, Sr.

There will be a memorial service in his honor announced at a later date.

Arrangements entrusted to the Cochran Funeral Home of Murphy, NC. You may send condolences to the family and sign the guest register at www.cochranfuneralhomes.com.
es.com.
To order memorial trees or send flowers to the family in memory of Gregory Lee Jones , please visit our flower store.