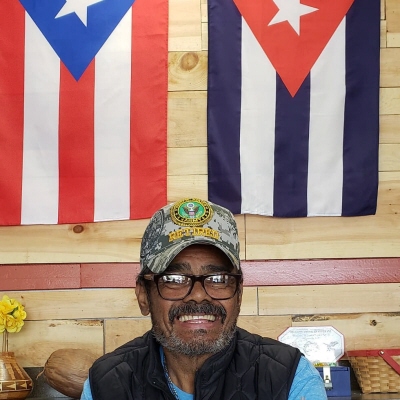 Mr. Hector Jose Pagan Maysonet, age 67 of Copperhill, TN passed away June 2, 2021 in Canton, GA. Mr. Pagan Maysonet was born January 16, 1954 in Vega Alta, Puerto Rico to the late Genaro Pagan and the late Hilda Maysonet Cardona. He was preceded in death by his wife, Isabel Garcia Rosario. Hector was a veteran of the U.S. Army and a Deacon with Disciples of Christ Church of Puerto Rico. He enjoyed woodworking, painting, writing poetry, and counseling people and spreading the word of God.

Arrangements entrusted to the Finch-Cochran Funeral Home of McCaysville, GA. You may send condolences to the family and sign the guest register at www.cochranfuneralhomes.com.
To order memorial trees or send flowers to the family in memory of Hector Jose Pagan Maysonet, please visit our flower store.