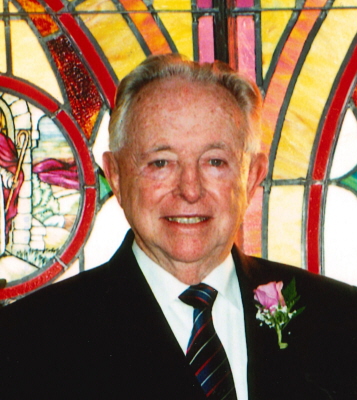 Herbert Hoover Hood, age 92, of Copperhill, surrounded by his family, passed away peacefully in his home Tuesday, February 2, 2021. Herb was born May 9, 1928, in McCaysville, GA, to the late Gordon Howard and Lon Hood of Copperhill, TN. He was the grandson of George and Lillian Gartrell Hood, who were the Colonial Hotel's proprietors in Copperhill, TN. Herb attended McCaysville High School and was a graduate with the class of 1946. He was the business manager of the McCadian Staff, the senior class secretary/treasurer, and co-captain of the basketball team, where he played guard. On July 19, 1946, he enlisted in the Air Force, where he spent 22 years as a radio operator and was stationed in Saudi Arabia, Morocco, California, Washington, Michigan, Florida, and Texas. He met the love of his life, Michiko, while stationed in Japan for eight years. He retired from the Air Force on October 1, 1968, after serving 22 years, receiving at Norton Air Force Base in San Bernardino, California, the Air Force Good Conduct Medal, Good Conduct Medal, World War II Victory Medal, National Defense Service Medal, Korean Service Medal, Air Force Longevity Service Award, and the Small Arms Expert Marksmanship Ribbon. After the Air Force, Herb put in 22 years in the United States Postal Service in San Bernardino, California.

The family moved to Copper Basin area in 1991 with hopes of opening a restaurant. The couple opened Michiko's Japanese Restaurant in 1992. There they ran a family-owned and operated business for almost 20 years. Dad also was a volunteer for the 1996 Summer Olympics held on the Ocoee River. He became vice-mayor of Copperhill in 2000, elected mayor in 2004, and was a longtime member and president of the Copperhill Kiwanis Club. Herb enjoyed Kids Day, hosting the Soup/Bean Dinner at Michiko's, and the Pancake Breakfast at McCaysville First Baptist Church. Dad was a member of the First United Methodist Church in Copperhill.

Dad never met a stranger and was a friend to all. He always wanted the best for the town of Copperhill. He could be seen daily walking the streets of Copperhill/McCaysville.

Survivors include his two sons, Steve and Tomie Hood, George and Donna Hood, three daughters, Heidi and Tim Farrell, Kathryn Louise Hood and Sarah Michiko Hood, 13 grandchildren, 24 great-grandchildren, and his wonderful sister, Kay Frances Brown/Haymore. He is preceded in death by his wife, Michiko Hood, and his parents, Howard and Lon Hood.

Memorial services will be held Friday, February 5, 2021, from the Finch-Cochran Funeral Home in McCaysville, at 5:00 pm. Military Honors performed by the North Georgia Honor Guard.

In memory, the family asks that you please consider making donations to the Copperhill Kiwanis Club, P.O. Box 443, Copperhill, TN 37317.

Arrangements entrusted to the Finch-Cochran Funeral Home of McCaysville, GA. You may send condolences to the family and sign the guest register at www.cochranfuneralhomes.com.
To order memorial trees or send flowers to the family in memory of Herbert Hoover Hood, please visit our flower store.