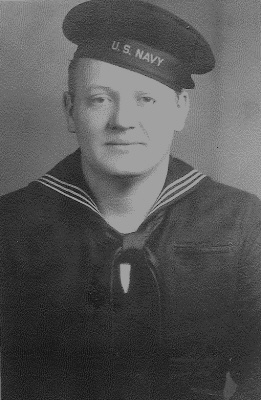 Jack Dempsey Raper, age 96, of Copperhill, passed away Sunday morning, June 27, 2021, at Life Care of Copper Basin in Ducktown, TN following several months illness.
Mr. Raper was born May 25, 1925, in the Patrick Community of Cherokee County, NC, to the late Martin Thomas Raper and the late Dora Lou Kilpatrick Raper. Jack was a lifelong resident of the area and a member of Liberty Baptist Church. He was a Navy World War II veteran entering service on September 15, 1943, and was Honorably Discharged at the end of the war on April 14, 1946.
Jack served in both the Atlantic and Pacific Theaters. He was a Hospital Apprentice Medic aboard the USS Hermitage AP 54 Armored Personnel Transport ship. He participated in the North African invasion known as Operation Torch, the Pacific Island-Hopping Campaign that transported battle-bound marines to combat and returned Chinese and Indian refugees to safety. He also took part in the Normandy Invasion and was part of Operation Overlord which took replacement troops to the European Theater and returned to the US with prisoners of war and refugees.
After his discharge he married Montez Holbrooks and they attended Western Carolina Teachers’ College in Cullowhee, NC. He taught for 2 years, grades 1-8, in a one-room schoolhouse in the Unaka, NC community. After 2 years he began his own business selling general household merchandise, antiques, and crafts in the Liberty, NC community and later in the Cherokee, NC area. He loved to travel with his family and collect items to sell and trade. He closed his businesses in 2005 but continued his passion to search for collectible items. His family was always his first concern and he remained a life-long learner and fountain of knowledge both past and present to those who knew him best as well as those he met.
Jack was preceded in death by his wife of sixty-three years, Montez Holbrooks Raper; seven siblings: Clem Raper, Glen Raper, Bill Raper, Lois Holloway, Blanche Boring, Mary Lou Anderson, and Willa Mae Wilson.
Survivors include his daughter and son-in-law, Gail & Allan Abernathy; granddaughters, Katrina (Joshua) Griggs and Alana (Jeremy) Locke; great-grandchildren, Lynleigh Elise Griggs, Abe Gideon Locke, and Zeke Dempsey Locke. Also surviving is one brother, Charlie Raper, and several nieces and nephews.
Funeral services: Wednesday, June 30, 2021, at 2:00 pm at the Finch-Cochran Funeral Home Chapel with Dr. Tom Jordan and Rev. Mitchell Allen officiating. Eulogy and special "Grandad-Isms" by grandsons-in-law, Josh Griggs and Jeremy Locke. Music provided by Debra Cochran.
Interment will follow in Mount Carmel Baptist Church Cemetery. Pallbearers: Charles Hoyt Raper, Tommy Raper, Mike Howard, Ronnie Hensley, Josh Griggs, and Jeremy Locke.
The family will receive friends at the Finch-Cochran Funeral Home of McCaysville, Tuesday, June 29, 2021, 5:00 pm - 8:00 pm.
Those desiring to send flowers may do so, or in lieu of flowers, donations may be made to the Mount Carmel Baptist Church Cemetery Fund, Attn: Tonya Wiggins, Treasurer, 580 Hiwassee Dam Access Road, Murphy, NC 28906.

Arrangements entrusted to the Finch-Cochran Funeral Home, you may send condolences to the family and sign the guest register at www.cochranfuneralhomes.com.
To order memorial trees or send flowers to the family in memory of Jack D. Raper, please visit our flower store.