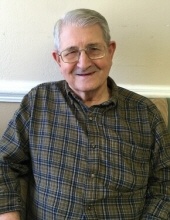 Cochran Funeral Home of Blairsville announces the death and funeral services for Mr. James A. Mason, age 89, of Lula, Georgia, formerly of Blairsville, Georgia, who passed away on Monday, August 2nd, 2021 at his home.

Mr. Mason was born in Andrews, North Carolina, a son of the late Henry McGilbert Mason and Margaret Luziene Morgan Mason. James proudly served his country in the U.S. Navy, as a Petty Officer, aboard the USS Cone. He and his family lived in Blairsville for 46 years before moving to Lula, 4 years ago. He was a member of First Baptist Church of Blairsville.

The family will meet with friends on Saturday, beginning at 11:00 a.m. before the service begins at 1:00 p.m.

If you wish to make contributions in memory of James, the family has suggested Samaritan's Purse or the Gary Sinise Foundation.

Arrangements have been entrusted to the care of Cochran Funeral Home of Blairsville. Please share your condolences and sign the online guest registry at www.cochranfuneralhomes.com.
To order memorial trees or send flowers to the family in memory of James A. Mason, please visit our flower store.