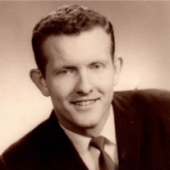 James Arthur Smith, age 82 of Mineral Bluff, GA passed away Saturday, October 12, 2019, at his home. Mr.Smith was born January 30, 1937, in McCaysville, GA to the late Woodrow W. Smith and the late Ruby Lee Patterson Smith. He was a member of the Ocoee Masonic Lodge #201 F&AM in Morganton, GA. Mr. Smith was preceded in death by his sister, Ruth Ann Hall.

A private family services will be held at a later date. In lieu of flowers, donations may be made to the American Cancer Society.

Arrangements entrusted to the Henry-Cochran Funeral Home of Blue Ridge, GA. You may send condolences to the family and sign the guest register at www.cochranfuneralhomes.com.
To order memorial trees or send flowers to the family in memory of James Arthur Smith, please visit our flower store.