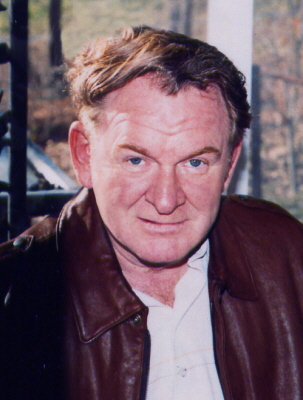 Mr. James C. Shook, age 81 of Blairsville, GA passed away Monday, April 5th, 2021. James was born Thursday, February 15th, 1940 to the late Mr. Howard and Ella Garrett Shook. James was a natural born cowboy and farmer. He worked on his family’s farm growing up and shared a love for cattle along with his father, specifically Polled Hereford cattle. James always had a sense of adventure; he wanted to see what was beyond the North Georgia Mountains.

He joined the Air Force in 1956. It was during this time when James was stationed at Hamilton Field AFB, north of San Francisco, that he and an Air Force buddy would go down to the local bus station to people watch. One of those times was life changing. While there he caught a glimpse of Mary Mendoza stepping off a bus. He greeted her with his charming smile and polite conversation. They chatted for a bit and she decided to give him her phone number. James called her over the next several months then decided he would go see her at her home in Clifton, Arizona. He didn't own a car, so he hitchhiked his way there. The nearly 1,000-mile journey only required James to switch rides one time. The first driver heading south was a truck driver and picked him up first thing due to him being in his uniform. James always said when you were in uniform you didn’t have to wait long for a ride. The truck driver took him nearly the entire way ending his journey just a few hundred miles from Clifton. The 2nd driver picked James up almost immediately and asked him where he was headed. James answered he was headed to Clifton to see Mary Mendoza. As fate would have it, the driver knew the family personally, and James was surprised by this. The driver offered to take him to the tavern where Mary’s brother Lito was the bartender. James arrived in Clifton and he and Mary began their lives together. They would go on to travel the world together with their three sons while James was in the Air Force. They had quite the adventurous life together with stories and memories to last a lifetime.

A service injury while on TDY brought James back home to the North Georgia Mountains in which he returned to his passion for farming which continued until his passing.

James had a beautiful life that he lived fully and in his way. As stated by James’ Niece Emily Shook Davis, “James was Blairsville’s own Mark Twain”. James always had a good story, a joke, a bit of wisdom, some history and a smile to share with everyone. His laughter was infectious and when he spoke, a little voice inside told you to be quiet and listen. James was one of a kind and his presence will be greatly missed.
.
James was preceded in death by brothers Jack Shook and Harold Shook and sister Juanita Shook. Family to carry his legacy include son and daughter-in-law Raymond and Teresa Shook of Lawrenceville, GA, son and daughter-in-law Robert and Kathey Shook of Carlton, GA, son Jim Shook of Auburn GA. Sisters, Lounell Barrett and Wanda Sprowls, brothers, Bobby Shook, Douglas Shook and Curtis Shook. Ten grandchildren, ten great grandchildren and two great, great grandchildren, and many nieces and nephews.

Arrangements have been entrusted to the care of Cochran Funeral Home of Hiawassee. Please send condolences and sign the online guest registry at www.cochranfuneralhomes.com.
To order memorial trees or send flowers to the family in memory of James C. Shook, Sr., please visit our flower store.