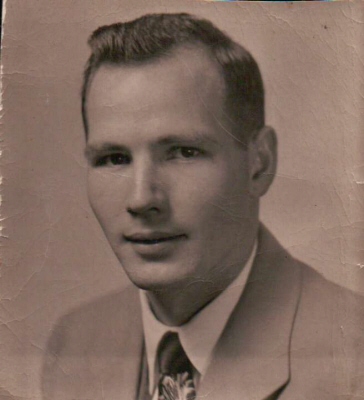 
Mr. James Clyde (Jim) Pruitt, age 92, of Blairsville, GA, stepped into the GLORY OF HEAVEN from his home on Wednesday, June 23, 2021, after an extended illness. Jim was born on November 14, 1928, in Anderson, SC, to the late Colonel James Clyde Pruitt, Sr, and Mary Bowie Pruitt. He was BORN-AGAIN through faith in his Savior Jesus Christ and was a long-time charter member of Faith Baptist Church in Blairsville, having moved to Union County in 1978 from southeast Atlanta, where he had worked for and then co-owned the Storer Steel Fabricating Company. Jim was a Civil Engineer graduate of Georgia Tech and Lieutenant in the Army Corps of Engineers, serving in the Korean War, building roads for the foot soldiers.

Jim was married to Onzell Pitts Pruitt for over 56 years. Two years after her death, at age 80, Jim married Betty Foster also of Blairsville, GA. He was preceded in death by his parents, his wife Onzell, his brother Tom, his sister Leora King, and his granddaughter Charity Hurd Jertberg. Survivors include his second wife Betty; his three children and their spouses Dr. Jim Pruitt, III, and Betsy Carpino of Pagosa Springs, CO; Baptist missionaries Beth and Ric Hurd of Stockbridge, GA; and Dr. Bruce and Melanie Pruitt of Watkinsville, GA; his two sisters Marilyn Yglesia and Caroline Ransom both of Florida; eleven grandchildren and fifteen great-grandchildren.

Jim was a great fisherman and gardener, besides raising grass-fed beef for years on his farm. He often said that he had had a garden for 62 years straight! He volunteered a number of years with the Lions’ Club of Blairsville, working at their BBQ booth during the North Georgia Fair. Jim and Onzell worked tirelessly at Faith Baptist with the senior citizens’ group called the “Venerable Sages.” Among his many wise “Pruittisms,” two of his favorites were “Youth is WASTED on the young!” and “Don’t become a SLAVE to your possessions!”

Funeral services have been scheduled at the Cochran Funeral Home of Blairsville on Saturday, June 26, 2021, with a visitation at 10 AM and funeral at 11 AM, followed by a graveside service with North Georgia Honor Guard at the Union Memory Gardens. Missionary Ric Hurd, son-in-law to Mr. Pruitt, and Pastor of Faith Baptist Emory Alexander will be officiating. Special music will be presented by Judson Hurd, grandson; Mrs. Beth Hurd, daughter; and Amanda Black, special friend to the family. The following gentlemen are asked to serve as pallbearers: Sam Nichols, David Hobby, Wayne Howard, Jerry Black, Caleb Black, Milton Black, and Vann Brock. Honorary Pallbearers will be Marty Fishburne and Jerry Brown.

In lieu of flowers, the family requests that donations be made to Frontier Baptist Missions, Inc., for purchase of their new location; address is PO Box 210, La Feria, Texas 78559, or to St. Jude’s Children’s Research Hospital in memory of Jim.

Arrangements are entrusted to Cochran Funeral Home & Crematory of Blairsville.
To order memorial trees or send flowers to the family in memory of James Clyde Pruitt, Jr. , please visit our flower store.