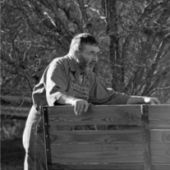 James L. Davenport, age 71 of Blue Ridge, passed away Friday, October 11, 2019 in Blairsville, GA. Mr. Davenport was born May 14, 1948, in Ellijay, GA to Leamen Davenport and Ethel Melton Davenport. Mr. Davenport attended Glen Hope Baptist Church and was preceded in death by his brother, Glen Coy Davenport, and his sister, Doris Davenport. He drove a truck for Atlanta Motor Lines, but was most known as the owner and operator of the BP Station on Main Street in Blue Ridge. He will be greatly missed by his loving family.

Arrangements entrusted to the Henry-Cochran Funeral Home of Blue Ridge, GA. You may send condolences to the family and sign the guest register at www.cochranfuneralhomes.com.
To order memorial trees or send flowers to the family in memory of James L. Davenport, please visit our flower store.