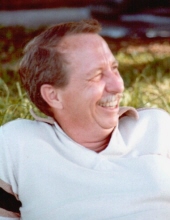 He was preceded in death by Joseph B. Priest Sr. (Father), Bernice Priest (Mother) and his brothers Erwin, Joseph, William, Fred, Grady and David.

Jim entered the Air Force in 1965 as a Ground Communications Technician. He served in Vietnam and received the Republic of Vietnam Gallantry Cross with Palm Leave and Vietnam Campaign and Service Medals. Upon return from Vietnam he served in Germany supporting the Armed Forces Radio and Television Service. He then switched career fields and became a recruiter. Later specializing in recruitment for the medical field. He retired in 1987 after serving over 22 years in the Air Force.

Jim was a member of the Knights of Columbus at our Lady of the Stars, Vandenberg AFB CA and Saint Francis of Assisi Catholic Church Blairsville GA.

The Rosary for James Priest will be held on Monday, April 25, 2022, at 6:00 PM at Cochran Funeral Home. A Funeral Mass will be held at Saint Francis of Assisi Catholic Church on Tuesday, April 16, 2022 at 10:00 am and the inurnment of his ashes will take place on May 2, 2022, after the 9 am Mass in the Saint Clare Memorial Garden at Saint Francis of Assisi Catholic Church.
To order memorial trees or send flowers to the family in memory of James Lee Priest, please visit our flower store.