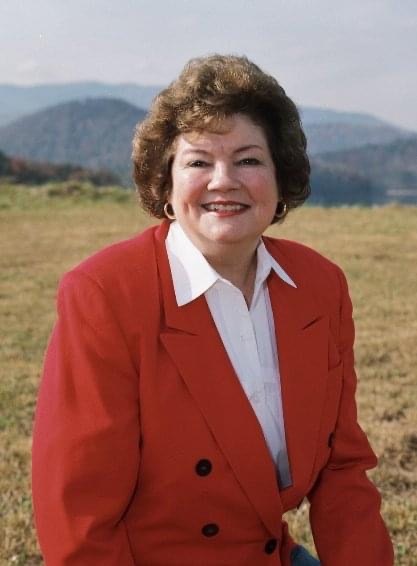 Jane Baer, age 84, passed quietly in her sleep at North East Ga Medical Center early Monday morning, May 23, 2022. Jane was born in 1937 and raised in Thomasville, Ga along with her four other siblings. Jane's faith was Baptist and she had a special place in her heart for Reverend Charles Stanley.

Jane was well respected in the business community in Blairsville as a Real Estate Broker. She owned Jane Baer Reality since 2002, which she purchased from Birdie White (Deceased). Prior to that, Jane practiced Real Estate under Louise McTaggert, her very close friend. Being a member of the "Greatest Generation" Jane had a work ethic that is unparalleled in todays business world. Jane worked six days a week, until approximately 3 weeks prior to her passing. Jane and her husband, John D Baer "Jack" moved from Sea Island, Ga to Blairsville, Ga in 1983. Jane worked vigorously throughout her life, beginning at age 14. For a number of years she was a dental hygienist beginning in Thomasville, Ga and later relocated to a large dental firm in downtown Atlanta, Ga. She had fond memories of having the privilege to tend to patients such as Hank Aaron, Coretta King, and other well-known Atlanta natives. While living in Sea Island, Ga she was an expert pastry chef and was contracted by many of the finest shops and facilities in Sea Island to provide her elite confectionery delights. Upon moving from Sea Island and relocating to Blairsville she and Jack owned and operate The Truck Market for several years (Now known as Hughes Gas Station on Murphy Hwy).

Jane was a true Georgia Peach, she led a life of southern grace and charm and she had so many clients and friends who loved her for her welcoming smile and caring personality. Jane's passing will leave a void for so many but we know she is rejoicing now within the great pearly gates.

Jane is survived by sister, Ruth Rollins and brother Jimmy Marvin Rollins who both reside in Thomasville, Ga.

Cochran Funeral Home is in charge of all arrangements. Visitation will be in the Chapel of Cochran Funeral Home- Blairsville Thursday, May 26, 2022, from 5:30 pm - 7:00 pm. The Funeral Service will be held in the Chapel at 2:00 pm on Friday, May 27, 2022, with Reverend Richard Hoibraten officiating. Music will be provided by Mrs. Mindy Allen. Pallbearers are the following David Bucciero, Abe Shahin, Paul Thompson, Robert Rogers, Jeff Davis, and Tim Helton.
Internment immediately following services at Union Memory Gardens Blairsville, Ga. Jane will be laid to rest next to husband, Jack Baer.

Memorial donations can be made in Jane's name to the DAE Compound, a North Georgia organization helping Post Service Combat Veterans in Crisis. Those donations are being accepted by Pinnacle Bank at 361 Blue Ridge St, Blairsville, Ga 30512 in the name of DAE Compound.

Cochran Funeral Home is honored to serve the family of Jane Rollins Baer; you may send condolences to the family and sign the guest register at www.cochranfuneralhomes.com.

To order memorial trees or send flowers to the family in memory of Jane Baer, please visit our flower store.