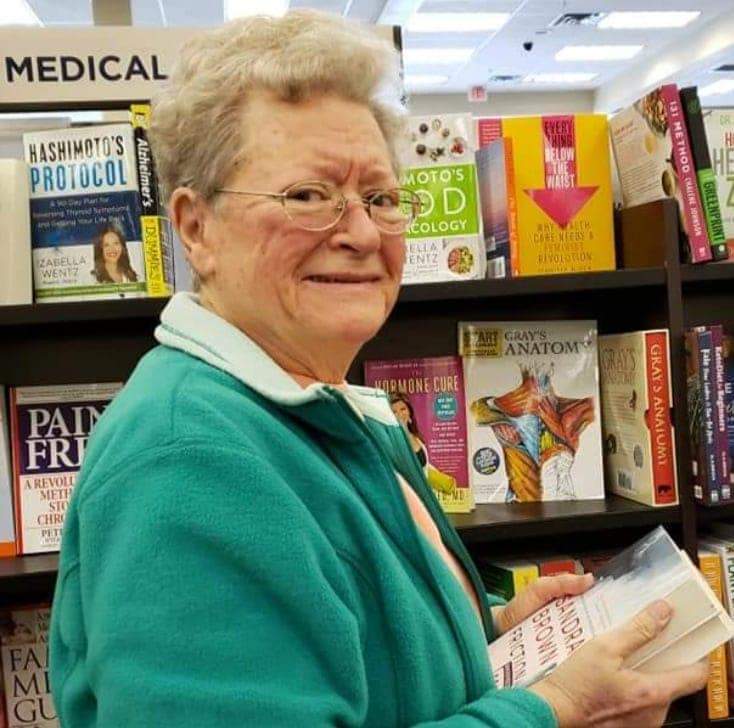 Mary "Jane" Johnson Richards, 78, of Morganton GA passed away May 6, 2022 following an extended illness in Hospice Care at Union General Hospital, Blairsville, GA.
Ms. Richards was born September 1, 1943 in Cartersville, GA, to the late Fern Rogers Wilson. Jane was raised in a small mountain community called Newport, GA, along Noontootla Creek, nestled in the Chattahoochee Forest. She spent many happy days playing with her many pets, playing in the creek, and riding her favorite horse on the family farm. She attended Dial Elementary School and graduated as Valedictorian from East Fannin High School in 1961. She then earned a full scholarship to Young Harris College. After graduation from Young Harris in 1963, she began a career of helping people in Fannin County at the Department of Family and Children Services. Jane's career as social case worker and supervisor spanned 34 years, including three stints as acting director. She would later finish her Bachelor's Degree in Social Work at North Georgia College in 1988. Jane was longtime member of Bethel Methodist Church, in Hemptown, GA.
Jane was an avid "book worm", very familiar with local libraries and book stores alike. She was a specialist in the study of genealogy and "knew everybody", never meeting a stranger because of this talent. She often loved a good challenge hunting down hidden cemeteries, scanning census records, and tracing family tree roots. Over the years, she helped many family members and friends discover their ancestry long before Ancestry.com became popular. She was also a confirmed Daughter of the Confederacy. Jane also enjoyed lunches with her fellow DFCS Retirees and keeping in touch her many friends. Most of all she loved her daughters and grandson, and enjoyed sharing her family tree history, trivia, and stories with them. She will be missed by many dear family members and friends.
She was preceded in death by: Mother and Step-Father, Fern R. & Everett Wilson; Father, Ralph Davenport; Great Aunts, Ethel Kirby & Callie Kirby; Uncle, Worth Jr. Rogers; and grandmother, Lola Kirby Edwards.
Survivors include: daughters, Lesa Richards Johnson and Dana Fern Richards; grandson, Noah Johnson; Sisters, Susy Bigham, Nancy (Jerry) Trotter, and Sally (Allen) Lane; and many nieces and nephews. Special family friends, Laverne Cobb, Teresa Ross, Helen Stanley, Brenda Crawford, Grady Beaver, and Teresa Worlds.
Special thanks to Pruitt Home Health and Hospice, and Union General Hospital Medical staff and Nursing staff.

Cochran Funeral Home is honored to serve the family of Jane Richards; you may send condolences to the family and sign the guest register at www.cochranfuneralhomes.com.

To order memorial trees or send flowers to the family in memory of Jane Richards, please visit our flower store.