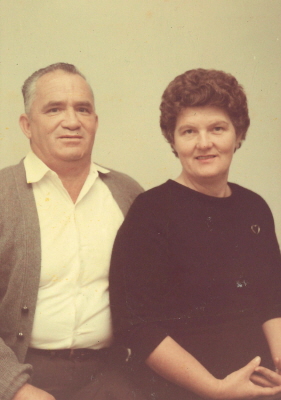 Jean Olson Buchanan, age 93, of Mineral Bluff, passed away Thursday, January 27, 2022, at her home. Mrs. Buchanan was born March 14, 1928, in Kaine, PA, to the late Axel Carl Olson and the late Minnie Florence Jones Olson. She was the oldest member of Concord Baptist Church and she and her first husband, Robert, owned and operated a gas station in Morganton together. Jean was a very caring person, a lovely wife, grandmother, great-grandmother, and sister-in-law as well.  She would take patients back and forth to Georgia Baptist Hospital for their appointments, and also would spend much her time canning vegetables for Georgia Baptist Home in Atlanta. She was preceded in death by her father, Axel Carl Olson, mother, Minnie Florence Olson, first husband, Robert (Bill) Buchanan, Sr., her second husband, Vernon Tritt, sister & brother-in-law, Bonnie & Russell Holloway, nephews, Tim and Mark Nabell, Glenn Buchanan, and Eli Hue Summey, and nieces, Crystal Holloway and Patsy Yates.

To order memorial trees or send flowers to the family in memory of Jean O. Buchanan, please visit our flower store.