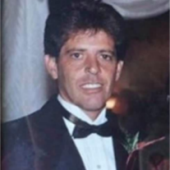 The Cochran Funeral Home of Hiawassee announces the services for Mr. Jeffrey Melvin Lee Riffle, age 72 of Hiawassee who passed away on Thursday, December 26, 2019.

Jeffrey "Jeff" Melvin Lee Riffle was born in Maryland on Christmas Eve 1947, but spent most of his childhood and young adult years in Broward County, Florida. He graduated from Stranahan High School in Fort Lauderdale and upon graduation joined the Air Force where he served with Security and Air Police. He was honorably discharged in June 1973.

After his military service, Jeff joined Plantation Police Department in Plantation, FL. He worked the Broward County Drug Initiative under Nick Navarro, and was named "Police Man of the Year" for his undercover work. He was first promoted to Sergeant and then Lieutenant where he was a founding member and led the first SWAT Team in the city. After 30 years of police service, Jeff retired and relocated to Murphy, NC, the birthplace of his mother. In June 2019, he and his family moved into their new home in Hiawassee, GA.

Memorial contributions may be made to the family at 3306 HF Lyons Road Hiawassee, GA 30546

A Committal Service will be held at 3:00 pm on Thursday, January 2, 2020 at South Florida National Cemetery in Lake Worth, Florida with Military Honors presented by The United States Air Force.

Arrangements entrusted to Cochran Funeral Home of Hiawassee.
To order memorial trees or send flowers to the family in memory of Jeffrey Riffle, please visit our flower store.