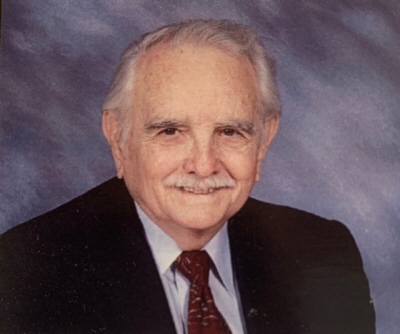 Born in Tampa, FL to Jennings A Neeld, Sr. and Pearl Johnson Neeld on February 28, 1929. He served his country in both the US Coast Guard and then the US Air Force during the Korean conflict.

He dedicated his life to the Lord when he received the call to preach while working for the US Post Office. After receiving the call of the Lord, he returned to high school to earn his high school diploma. He spent the first eleven years of his ministry going through college and seminary. He attended Florida Southern College where he earned his Bachelor’s Degree. He and his family then moved to Georgia where he attended Emory University’s Candler School of Theology, earning his Master’s Degree of Divinity. As a Methodist minister, he served churches in Dover FL, The Cove & Tilton Circuit in Dalton, GA, Miami FL, Leesburg FL, Oviedo FL, and Tallahassee FL. He retired from the ministry in 1994. He and Carolyn in 1986,moved to their home in the north Georgia mountains, “God’s Country” as they called them. He ministered to churches in Epworth GA, Ellijay GA, and Blairsville GA, and was Pastor Emeritus at First UMC of Copperhill, TN.

He was preceded in death by the love of his life, Carolyn Dempsey Neeld, his wife of 56 years and great-grandson, Nathan Emerson Neeld.

He is survived by his two sons and daughters-in-law, Jennings and Robin Neeld and Lonnie and Barbara Neeld; five grandchildren: Jolyn Matheson (Robby), Carey Maple (Eddie), Heather Neeld, Kristin O'Donnell (Stephen), Jennings Chance Neeld (Katie), thirteen great-grandchildren, three nephews, and five nieces.
Services Saturday, December 12, 12:00 Noon McCaysville United Methodist Church.
For people who are unable to attend the service will be broadcast on You Tube at https://youtu.be/UFM4K1yJ4QQ. A radio broadcast of the service will also be available in the parking lot of the church on 87.9 FM.
To order memorial trees or send flowers to the family in memory of Jennings Albert Neeld, Jr., please visit our flower store.