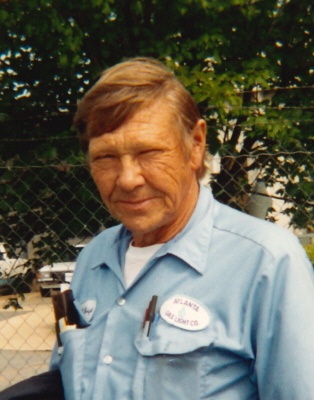 Mr. Wright served his country with honor in the United States Army during the Korean Conflict.

Mr. Wright retired from Atlanta Gas Light after more than 40 years of service.  He enjoyed gardening, outdoor activities, God's created nature and woodworking.  He was known for his good sense of humor and liked to pass along his knowledge to others.

He was a member of the New Hope Baptist Church.

The family will receive friends at the Henry-Cochran Funeral Home of Blue Ridge, Friday, February 25, 2022, 9:00 am - 12:00 pm.  A funeral service will follow the visitation at the Henry-Cochran Funeral Home Chapel at 12 noon with Rev. Randy Hughes and the North Georgia Honor Guard officiating.  Interment will follow the funeral service in the New Hope Baptist Church Cemetery with Rev. Randy Hughes and final military rites provided by the North Georgia Honor Guard.

To order memorial trees or send flowers to the family in memory of John D Wright, please visit our flower store.