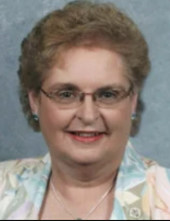 Judith Kennedy Layman (Judy) was born in Tifton, GA on November 22nd, 1942, and passed away on August 4th, 2020 in Nashville, TN, following an illness. The daughter of Benjamin Oscar Kennedy and Helen Clark Kennedy of Louisville.

Judy was a typical middle child and loving sister to her older brother Benjamin Kennedy and younger brother David Kennedy. Judy met the love of her life Thomas Edward Layman (Tommy) at Atherton High School in Louisville. Judy attended the University of Louisville before becoming a military wife as Tommy embarked on a career in the U.S. Navy. Several moves and jobs later found Judy a preacher’s wife living in Augusta, KY, with their oldest Claudia, and first son David. Judy then convinced the family to lay down roots in Nashville, TN as she embarked on an almost 30-year career in accounting roles with the State of Tennessee. While in Nashville, Judy completed her CPA and had their last child, Jimmy, a pleasant surprise at the age of 42. Judy retired with Tommy in 2004 to the beautiful mountains of Northwest Georgia in Hiawassee, where she will be laid to rest next to Tommy, with whom she shared 52 years of marriage. Judy loved singing in the choir and had a beautiful soprano voice that stuck out in a service. In her retirement years, she was in three choirs simultaneously and enjoyed other church activities including mission trips to Thailand and disaster relief efforts following Hurricane Katrina. She cherished close friends in bible study groups and enjoyed teaching English as a second language to students she kept in touch with for years. She loved traveling with friends to exotic locations like Hawaii, Mexico, and Ireland and playing board games and dominoes. She lit up the whole room with her intoxicating laugh. Judy and Tommy were wonderful Christian examples and are now enjoying their eternal walk with their Savior.
She leaves behind to treasure her memory: her brother and sister-in-law, Benjamin and Claudia Kennedy, brother and sister-in-law, David and Barbara Kennedy, her daughter & son-in-law, Claudia & John Bates, son & daughter-in-law, David & Angie Layman, son & daughter-in-law, Jim & Caitlyn Layman, and grandchildren, Amanda Bates, Wesley Bates, Evan Bates, Christian Layman, Tyler Layman, Zander Layman, Deacon Layman, James Layman, Jr. and Caroline Layman.

A memorial service will be held in her honor at McConnell Baptist Church on August 15 at 2pm. A graveside service will be held for a small group of local friends and family immediately following the service
To order memorial trees or send flowers to the family in memory of Judith Kennedy Layman, please visit our flower store.