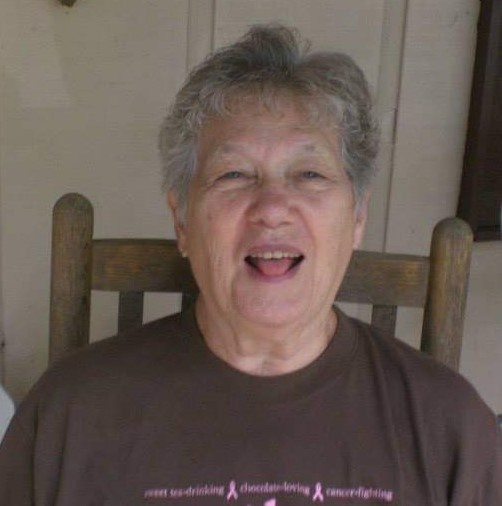 She graduated from Florida State University in 1953 and was teaching at Spring Lake Elementary School in Naples, Florida, when she met George Oscar Leigh. They married on April 21, 1954, and were married for 66 years until George's death on December 20, 2020. They had one son, Gary Leigh Rimes (deceased) from George's prior marriage and four children together: Sandra Leigh Osmond of Orange City, Florida; Randy Leigh of Orlando, Florida; Brenda Leigh Malloy of Blairsville, Georgia; and Rene' Leigh Casteel of Murfreesboro, Tennessee. She had 13 grandchildren and 24 great-grandchildren.

George was in the US Army, and they were deployed to a number of military bases, including Fort Benning, Georgia; Fort Bragg, North Carolina; and Finthen Army Airfield in Mainz, Germany. Justine taught third grade in Spring Lake, North Carolina, and Phenix City, Alabama. When George retired from the Army in 1967, they moved to Orlando, Florida. She did advanced studies in special education and taught exceptional education students at Gateway, Princeton, and Howard. She retired in 1992.

George and Justine moved to Blairsville in 1992. She, along with Mary Ruth Cook, taught pre-school at the United Methodist Church CEC until 2015. They taught many children who are now active members of the Blairsville community. She was an avid walker, who also maintained a garden, worked jigsaw puzzles, and read. Her grandchildren loved to visit, often spending weeks at a time.

Grave Side Services will be held at 10:00 a.m., on Sunday, June 26th, 2022, at Union Memory Gardens with Rev. Matthew McDaniel officiating.  Arrangements by Cochran Funeral Home of Blairsville.

Please share your condolences with the family online at www.cochranfuneralhomes.com.

To order memorial trees or send flowers to the family in memory of Justine Rocella Leigh, please visit our flower store.