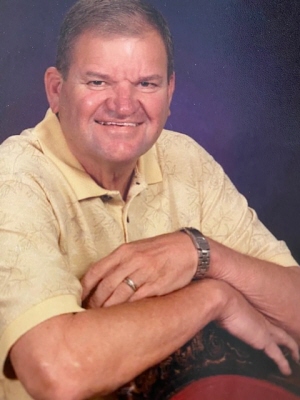 He graduated from Laurens High School with the Class of 1963. While in high school. Kenny excelled in sports, primarily in football and enjoyed playing the trombone in high school band. After attending Clemson University, he joined the US Navy in 1964. Serving his country in the capacity as Airman Electronics Technician until 1967 on the USS Saratoga, he was honorably discharged in February of 1970.

After his service in the Navy, Kenny began working with B.F. Shaw where he worked for several years. His strong management skills led him to a long career with Fluor Daniel International beginning as an Estimator. He earned several promotions while there advancing to Sales Manager. Upon leaving Fluor, he worked for several years with Litwin, Zachery and Worleyparsons in Business Development Management.

After many years of corporate life, Kenny decided to retire to his Mountain House of Hiawassee, GA with a beautiful mountain and lake view. He enjoyed fishing, hunting, playing golf, and just being outside in this area.

Kenny loved his family and friends and loved spending time with them... "The More the Merrier"... He was a devoted Husband, Father, Grandfather, and Great-Grandfather. He loved animals, especially dogs and had many during his lifetime. He loved those Clemson Tigers, even to the extreme of having an orange corvette with white tiger paws on it.

He was characterized as the kind of person who, when he walked into a room, it came alive. He enjoyed a good joke and was a master at telling them. Because of these characteristics, he made friends easily and had lots of them. He truly treasured each friendship.

Kenny was welcomed into Heaven by his Mother and Father, Brother, Philip Jacks Watson, several friends, and his beloved dog of years past, "Freeway".

Contributions may be made to St. Jude's Children's Hospital.
To order memorial trees or send flowers to the family in memory of Kenneth H. Watson, please visit our flower store.