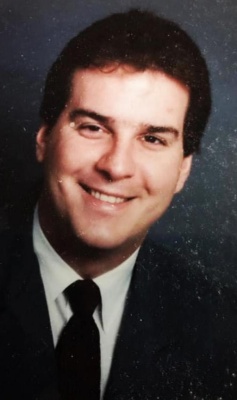 Kevin John Ally known as Big Kev, age 58 of Ducktown, TN passed away Tuesday, September 1, 2020, in Mineral Bluff, GA. Mr. Ally was born April 4, 1962, in Willard, OH to Charles Ally and Marilyn Teeters Ally. With a heavy heart we regret to inform you Kevin lost his battle with illnesses and is now with his Heavenly Family. Taken away to soon and had been robbed of so much in his life. Kevin was very devoted to his family and a loving father to Alisha, Kyle and Christy, which they were his world! Our hearts are broken and we will forever miss his beautiful smile. Big Kev was always such a prankster and a happy loving person. He was preceded in death by his grandparents, Harvey & Helen Ally, and John & Dorothy Teeters; uncles, Eddie Teeters and Phil Teeters; Aunts, Margaret Palmer, Betty Whited and Thelma McPherson; uncles, Harvey Ally, Jr., Lester Ally and George Ally.

Arrangements entrusted to the Finch-Cochran Funeral Home of McCaysville, GA. You may send condolences to the family and sign the guest register at www.cochranfuneralhomes.com. We Will have a service at a later date in Las Vegas, Nevada.
To order memorial trees or send flowers to the family in memory of Kevin John Ally, please visit our flower store.