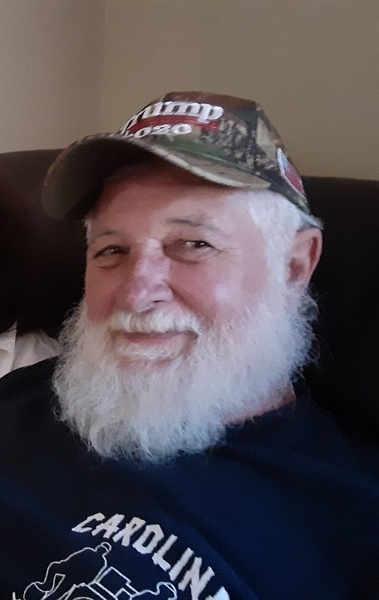 Larry Garrett, age 68, passed away on Monday, August 15, 2022, going home to Heaven.
Larry was a very special man; he had a smile for everyone and a welcoming handshake. He was a loving husband to his wife, Janet, for 51 years. They had two wonderful sons, Jim and Joe, whom he loved so much and was so proud of. He had six grandchildren whom he adored, Scott, Robby, Hailey, Kaitlynn, Hadley, and Cora; His grandchildren loved him very much. They did many things together and went on trips "in the big truck" when he was still driving a long distance. Larry had driven over the road for most of his life, retiring he said too early because he loved the road. He met many other drivers through the years whom he respected, and many friendships were built.
Larry was the only child of Carl and Mary Ruth Garrett. He had two sisters-in-law that he considered his sisters, Betsy and Ingrid, and brother-in-law Lynn. He was also a very talented musician. He played an upright bass fiddle, and you could hear his notes echoing loudly when he played with his friends. He was a strong Christian man and of Baptist faith. Larry fought his battle with cancer and wanted to live to be 100, but it was not to be. He fought a very courageous battle until the very end.
He is survived by his wife, Janet, and his two sons and their wifes, Jim and Connie Garrett, Joe and Amanda Garrett. He is also survived by his mother-in-law, Shirlene Bridges, Aunt Barbara Everett, Uncle Claxton Fortenberry, his grandchildren, Scott Garrett, Robby (Bella) Garrett, Hailey Garrett, Kaitlynn Garrett, Hadley Garrett, and Cora Garrett, along with his several nieces and great nieces.
The family will receive friends at Cochran Funeral Home Blairsville, Ga. August 17, 2022, from 3:00-5:00 pm. A private ceremony will be held at Shady Grove Cemetery following visitation
In lieu of flowers, donations can be made to St. Judes Research Hospital.

To order memorial trees or send flowers to the family in memory of Larry Garrett, please visit our flower store.