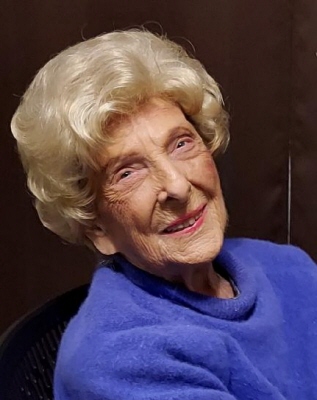 Leota Bly Budde was born in Dansville, NY on December 8th, 1921. She attended Bryant and Stratton in Buffalo, NY achieving a degree in secretarial work.

She married Harry J. Kean in 1940 and had two sons, Patrick and Gerald Kean. Gerald died in1975 leaving a daughter, Heather Geoghegan, (Mark), of Attica, NY. Patrick's, son Michael, (Rebecca), reside in Centre, Alabama. Patrick's daughter, Colleen, died in 2014.
Leota later married Gordon Budde and resided in Lockport, NY. She served as an executive secretary with Harrison Radiator Division of GM. In 1980, upon retirement, she moved to Stuart, Fl.
Lee was a gifted ceramic potter, gave generously to many charities, and was a world traveler. Gordon died in 2008.

In 2017, she moved to Blairsville, GA to live with Patrick and Cynthia, his wife. She became active with the Union County Senior Center. In June of this year, Leota went into the wonderful care of Stonehenge Assisted Living facility in Blairsville.

No service is planned at this time.

Arrangements entrusted to the care of Cochran Funeral Home & Crematory of Blairsville.
To order memorial trees or send flowers to the family in memory of Leota Bly Budde, please visit our flower store.