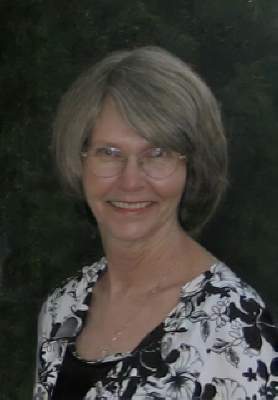 To be closer to her parents, in 1968 Lynda Jo moved to Blairsville where she made her home for the next 52 years. Lynda never met a stranger and was quick to help anyone in need, even while she was raising her own 4 children. She loved to tease and cut up, so you really had to be on your toes if you wanted to keep up with her. Her incredible artistic talent is evidenced by her over-flowing craft room where she spent many hours painting, sketching, creating custom jewelry and basket weaving, and it continued outdoors into her beloved flower gardens.

Though Lynda’s children and Jerry’s daughter were surprised when they eloped in June, 1987, all 5 were excited and embraced the marriage. After retiring from her nursing career at Union General Hospital, she and Jerry enjoyed their later years loving on their kitties and feeding the wildlife that were regular visitors to their home. They once even had a pet squirrel and a pet deer (who thought he was a dog!) Lynda was preceded in death by her parents, and her first great-grandson, Phoenix Gray.

A Funeral service will be held in the Chapel at Cochran Funeral Home, Blairsville, GA, on Wednesday, January 13, 2021. Visitation will be from 10:00am-12:00pm, and service at 12:00pm. There will be no graveside service Wednesday, as the family will have a private time for interment at the Georgia National Cemetery.

Arrangements are entrusted to Cochran Funeral Home & Crematory of Blairsville.
To order memorial trees or send flowers to the family in memory of Lynda Jo Martin, please visit our flower store.