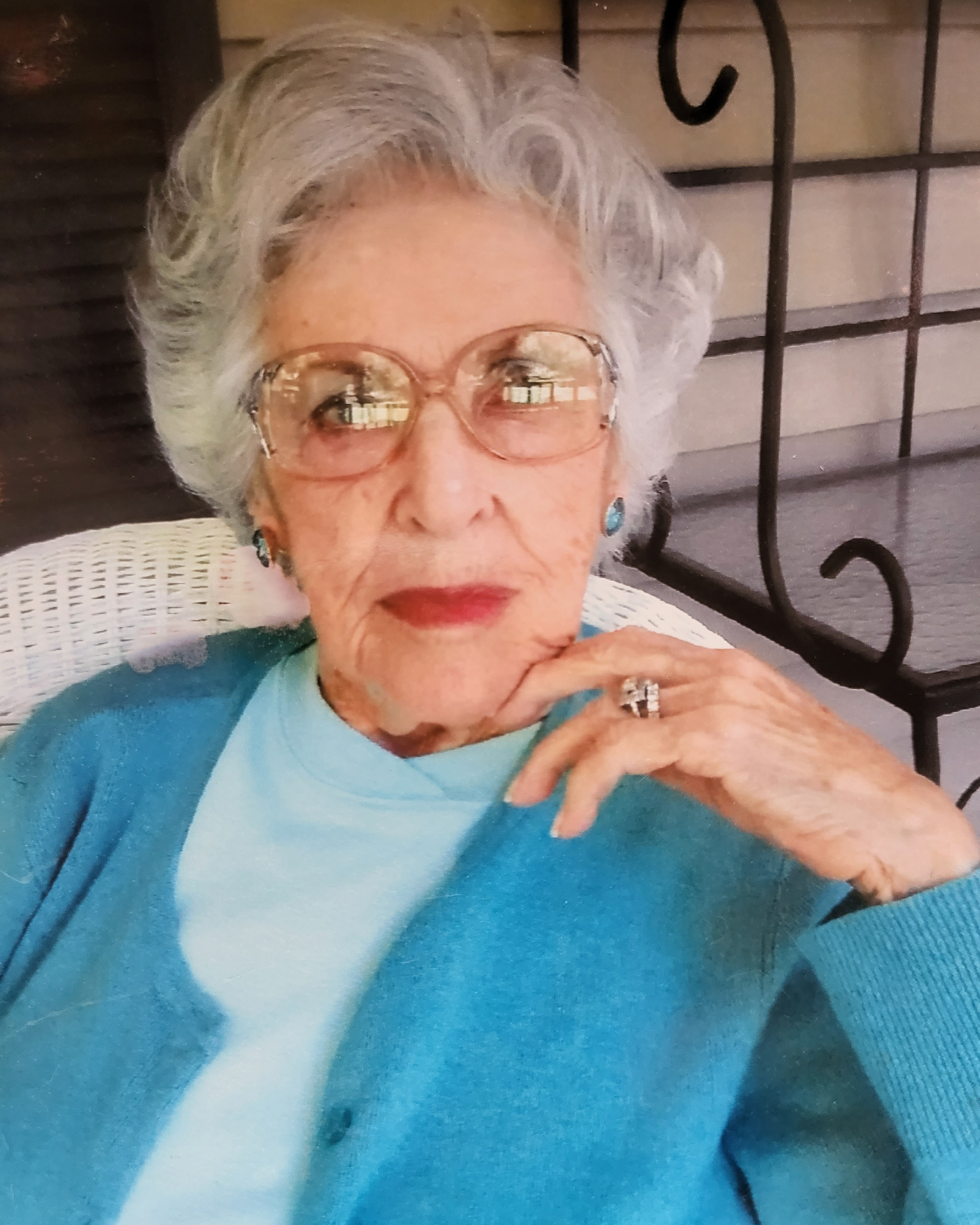 Marjorie Freed de Lorimier, age 99, of Blairsville, Georgia, passed away on Thursday, December 1, 2022 at Stonehenge Senior Living, after a brief illness. She was born July 13, 1923 in Mount Pleasant, Pennsyslvania to the late John Stoner Freed and Marjorie Millar Freed. She was also predeceased in death by her husband Lt. Col. Alfred Jean de Lorimier, a brother, Gordon Freed of California and sister, Katharine Barnhart Cowan of Charlotte, NC. She lived in Blairsville since 2004. She attended Grove City College of Nursing where she met and eventually married her husband. Once married, her nursing career was sidelined and she supported her husband in his career and became a homemaker. They were married for almost 69 years. She worked as a gray lady while stationed in Munich Germany at the military hospital, and as a pink lady at Tallahassee Memorial Regional Medical Center for a few years while living there. Growing up in Mount Pleasant, attending college and after marrying her handsome lean Marine in 1945, she traveled with him everywhere, raising two daughters. She was very devoted to her husband in his career and was the consummate military wife and a patriot. Once her husband retired, they settled in Orlando for over 20 years, then moved to Tallahassee to be near one of her daughters. After eleven years there, they moved to the beautiful mountains of north Georgia to be near both of their daughters. Marjorie was a strong, intelligent, vibrant woman, very well-read and loved traveling, and

always ready for a new adventure. She had a wicked sense of humor and loved to take on a challenging discussion. She was an amazing wife, mother and Grandmother and lived a long full life! She was much loved and will be greatly missed!

Services for Marjorie Freed de Lorimier will be held on December 22, 2022 at 2:00 p.m. at Cochran Funeral Home. She will be interred at Arlington National Cemetery. In lieu of flowers memorial donations may be made in her honor to: The Wounded Warrior Project www.woundedwarriorproject.org or P.O.B. 758518, Topeka, Kansas 66675

Cochran Funeral Home is honored to serve the family of Mrs. Marjorie Freed de Lorimier; you may send condolences to the family and sign the guest register at www.cochranfuneralhomes.com.

To order memorial trees or send flowers to the family in memory of Marjorie F. de Lorimier, please visit our flower store.