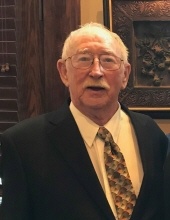 Marvis Harper Biggs, age 77 of Morganton, GA passed away Saturday, October 10, 2020, at his home. Mr. Biggs was born November 26, 1942, in Ashland City, TN to the late Ruben Leander Biggs and the late Willie Edna Dykus Biggs. Mr. Biggs worked as and airline mechanic and painter for Delta and also as a charter fisherman. He enjoyed spending time with his family and was proud of his Cherokee Native American Heritage through his grandmother. He served in the Army National Guard and was a member of the VFW Post 50. He was also a Toastmaster and member of the Moose Club. Mr. Biggs enjoyed hunting and fishing and Texas Hold 'em Poker, as well as sports, rooting for the Falcons and Braves, and coaching little league baseball. He will be missed by his family and all who knew him. He was preceded in death by two brothers, Charles Milton Biggs and Ruben L. Biggs, Jr; grandchild Suzanna Biggs Mercado; and great-grandchild Cheyenne Mykaylka Mercado.

Arrangements entrusted to the Finch-Cochran Funeral Home of McCaysville, GA. You may send condolences to the family and sign the guest register at www.cochranfuneralhomes.com.
To order memorial trees or send flowers to the family in memory of Marvis Harper Biggs, please visit our flower store.