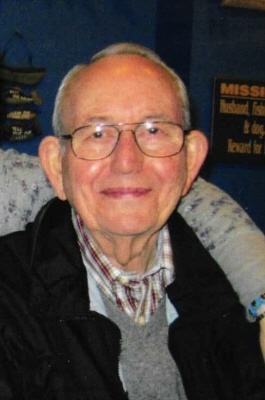 Michael Pizycki, age 84, of Blairsville, Georgia, passed away on April 2nd, 2022, at Piedmont Hospital in Atlanta. Michael was born on April 7th, 1937, in St. Catharines, Ontario, Canada, and was the son of the late Samuel and Eufrozyna Pizycki.

Michael studied at Ryerson Institute of Technology in Toronto, Ontario, Canada, and further pursued his education at Florida State University in Tallahassee, Florida, where he earned a bachelor’s degree in business, and master’s degree in adult education. Michael spent 13 years in the Caribbean where he was employed in hospitality management. Three of these years were spent in Montego Bay, Jamaica, where he served as the general manager of The Colony Hotel. Upon returning to the United States, Michael was employed as a professor of hospitality and restaurant management at Valencia Community College in Orlando, Florida.

After 26 years of service as an educator, Michael and his wife Adele retired to the mountains of Northeast Georgia. Michael attended St. Clare’s Episcopal Church in Blairsville. He was a great lover of nature and enjoyed hiking, the mountains, gardening, and being outdoors. He was also an avid reader and collector, had a penchant for collecting stamps and coins, and was also a charter member of the Mountain Coin Club.

Michael is survived by his loving wife of 52 years, Adele Pizycki, and daughter Lara Pizycki. Surviving Michael is one sister, Lesia French, of St. Catharines, Ontario, Canada. He is also survived by two nephews, Mike Mussat and Terry Mussat, and is preceded in death by one nephew, Mark Mussat, and brother-in-law Norm Mussat.

A private burial service will be held at a later date at St. Clare’s Episcopal Church where Michael will be interred in the St. Clare Episcopal Church Memory Gardens. Cochran Funeral Home & Crematory of Blairsville have been entrusted with the arrangements.

May Michael’s memory be a blessing.
To order memorial trees or send flowers to the family in memory of Michael Eugene Pizycki, please visit our flower store.