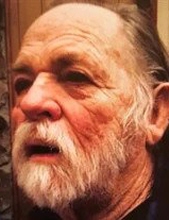 Cochran Funeral Home and Crematory of Blairsville announces the death of Mr. Jack Stevens, 75, of Blairsville, Georgia, who passed away on Monday, August 10th, 2020 at his home.

Mr. Stevens was born in Blairsville, a son of the late Lee Elbert Stevens and the late Addie Caroline Jackson Stevens. Jack was of the Baptist faith, and was a 50 year member of The Masonic Lodge, F & AM. He was the owner of an air freight business.

No services are planned at this time.

The family requests that any memorials be directed to the charity of your choice.

Arrangements have been entrusted to the care of Cochran Funeral Home and Crematory of Blairsville. Please share your condolences and sign the online guest registry at www.cochranfuneralhomes.com.
To order memorial trees or send flowers to the family in memory of Mr. Jack Stevens, please visit our flower store.