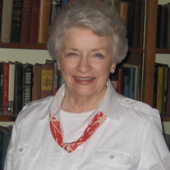 Patricia Hoover Kay, age 83, of Young Harris, GA, died on December 27, 2019, at Union General Hospital, following an extended illness. Patricia (Patti) was born June 7, 1936, in Radford, VA, the daughter of Guy Hoover and Mary Weeks. She was raised by her paternal grandparents, DeMoss and Robbie Hoover, as well as her father and loving stepmother, Mabel Hoover. She was graduated from Radford High School, where she was class valedictorian. Patti earned the Bachelor of Arts degree from Emory and Henry College and then pursued a Master's in Christian Education at Drew University School of Theology, where she met her future husband. Later she earned a Master's degree in Early Childhood Education from North Georgia College and University. Over the years, she taught pre-K through elementary children in both private and public schools. She was instrumental in setting up and leading the first kindergarten program in Towns County. Many of her teaching years were in Fannin County, first at Mineral Bluff and then at East Fannin Elementary. For 14 years Patti owned and operated The Book Nook in Blairsville, and through that business made many friends in the local area. With her husband John, she devoted four years of volunteer service at the Byron Herbert Reece Farm and Heritage Center in Union County. At Sharp Memorial United Methodist Church she served as youth counselor and Sunday School teacher, and she was an active member of the Fay Hoag Circle of United Methodist Women. A lifelong educator, Patti belonged to the Beta Epsilon Chapter of Delta Kappa Gamma International, and she was a devoted member of Towns County Retired Educators. Patti was preceded in death by her brother, Ira "Sonny" Hoover of Radford, VA. She is survived by her husband of 60 years, the Rev. John W. Kay of Young Harris;daughter, Kerri L. Kay of Madison, AL; son, Stephen H. Kay of Arlington, VA; son, Joel W. Kay of Chicago, IL; granddaughters, Emma S. Kay of Ann Arbor, MI, and Susanna W. Dean of Washington, D.C.; brother, Norman Hoover (Jackie) of Gainesville, FL; sisters-in-law, Connie Hoover of Radford, VA, Betty K. Skelton of Royston, GA, Patsy K. Nix of Aiken, SC, Patricia Terrill of Pawleys Island, SC; brothers-in-law, Terry W. Kay (Tommie) of Athens, GA, Gary W. Kay (Susan) of Royston, GA. In addition, she is survived by many nieces and nephews. A memorial service is scheduled for Saturday, January 4, at 2:00 p.m. at Sharp Memorial United Methodist Church in Young Harris, with family visitation to follow in the church fellowship hall. The family would like to thank Encompass Home Health, the staff of Northside Cancer Center in Blairsville, PruittHealth Hospice of Blue Ridge, and the nurses and staff of Union General Hospital for their loving service and support throughout Patti's illness. In lieu of flowers, memorial gifts may be made to Population Connection (populationconnection.org), the Blue Ridge Parkway Foundation (brpfoundation.org), or to a charity of your choice.
To order memorial trees or send flowers to the family in memory of Patricia Hoover Kay, please visit our flower store.