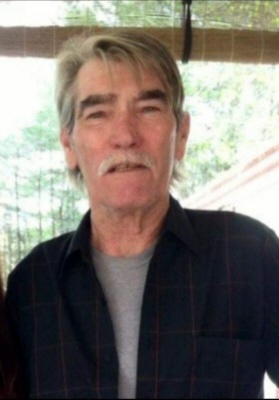 Mr. Patrick Green Chapman age 70 of Murphy, NC, formerly of West Palm Beach, FL, passed away Thursday, March 24, 2022, at his home.  Mr. Chapman was born on June 12, 1951, in Indiana, to the late Walter Granville Chapman and the late Geraldine Charlotte Green Chapman.   He is preceded in death by one sister, Mary Lou Baker, and a brother, Walter Granville Chapman Jr.

Patrick loved “gator” hunting, fishing, and country music.  He was known as a “handyman” by hard work as a roofer and painter.  He was willing to help anyone in need. As a loving father, Patrick enjoyed spending time with his family and cherished them dearly. Patrick’s family loved him deeply.

Arrangements are entrusted to the Cochran Funeral Home of Murphy NC. You may send condolences to the family and sign the guest register at www.cochranfuneralhomes.com.

To order memorial trees or send flowers to the family in memory of Patrick Green Chapman, please visit our flower store.