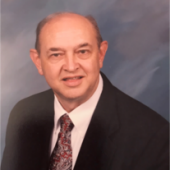 Richard Harold Kephart, age 78, of Murphy, went to be with the Lord on October 25, 2019, at Mission Memorial Hospital in Asheville after a long battle with cancer. He was the son of Frank Lee Kephart and Josephine Dockery Kephart, who preceded him in death in 2005. He was also preceded in death by his sisters, Janice Kephart Payne, Sheila Kephart Phillips, and brother, Merle R. Kephart.

He was a native of Cherokee County and graduated from White Church Elementary School and Murphy High School. He later graduated from Georgia State University, earning a BBA Degree. He married Margie Garrett of Unaka, in 1966, and resided in Decatur, GA, for seven years and then in Covington, Ga, for thirty-three years. Harold became a Christian in 1953, at the age of twelve. He was of the Baptist faith and an active member of several baptist churches in Georgia and North Carolina. Harold enjoyed serving the Lord and was active as a pianist, deacon, bus driver, and camp counselor at Canaan Baptist Church for twenty-eight years, and Newton Baptist Church for five years, both in Covington, GA. He also served as pianist and deacon in Unaka Baptist Church. He strived to live up to his favorite Bible verse, Romans 12:1-2,
'I beseech you therefore, brethren, by the mercies of God, that ye present your bodies a living sacrifice, holy, acceptable unto God, which is your reasonable service. 2 And be not conformed to this world: but be ye transformed by the renewing of your mind, that ye may prove what is that good, and acceptable, and perfect, will of God.'

His business career concentrated on serving banking and credit union communities. He worked at Citizens Bank and Trust from 1959-1961. After serving his military commitment, he worked for the National Bank of Georgia in Atlanta for eleven years as head of information systems. Next, he worked for First Financial Management Corporation of Atlanta for seventeen years providing several various computer services to commercial banks. He then worked with FiTECH Systems in Atlanta for five years providing online computer services to credit unions. He then retired from Atlanta and worked five years teaching part-time at Dekalb Technical College as an adjunct professor. Harold was a veteran of the US Air Force serving from1961-1964. He served in Texas, the Philippines, and in England as a Radio Intercept Analysis. He and his wife returned to Cherokee County in 2007, where they happily resided in Murphy, NC. His interests for years has been playing the piano, photography, gardening, and non-fiction history.

He is survived by his wife of 53 years, Margie Garrett Kephart, his son, Thomas R. Kephart and wife, Amy of Oxford, GA, his daughter, Cynthia Fox and husband, Greg of Greenville, SC, five grandchildren who he dearly loved, Garrett and Weston Kephart, Daniel, Anna, and Jonathan Fox, and sisters, Alice McCanless of Oxford, GA, Sharon Kephart of Murphy, and Karen Twiss of Murphy.

The Cochran Funeral Home of Murphy, in charge of arrangements, you may send condolences to the family at www.cochranfuneralhomes.com.
To order memorial trees or send flowers to the family in memory of Richard Harold Kephart, please visit our flower store.