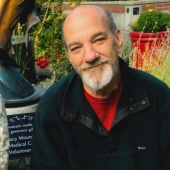 Richard (Rick) Heath Hanna, age 66 of Mineral Bluff, quietly passed away at his home on Friday, May 22, 2020. Mr. Hanna was born May 2, 1954, in Columbus, Ohio to the late Richard Harold Hanna and the late Adelyn Marie Marshall. He was preceded in death by his sister Lyn Shipman Hanna, step-father Pete Marshall, step-mother Lois Hanna, special Uncle Ralph Kleeberger and close friend Dave Shannon. Rick was an avid outdoorsman spending years as a raft guide, kayaker, and fly fishermen. Traveling from the East coast to the West, he settled in Portland, Oregon where he worked for the Standard Insurance Company, retiring in 2018 after 21 years of service.

A celebration of life will be held at a later date this summer. In lieu of flowers, Rick wanted the river he loved to remain wild and scenic and requested donations be made to the Chattooga Conservancy, 9 Sequoia Hills Lane, Clayton, GA 30525 or online at www.chattoogariver.org. Please put "In Memory of Rick Hanna" in the memo box when making online donation.

Arrangements entrusted to the Finch-Cochran Funeral Home of McCaysville, GA. You may send condolences to the family and sign the guest register at www.cochranfuneralhomes.com
To order memorial trees or send flowers to the family in memory of Richard Heath Hanna, please visit our flower store.