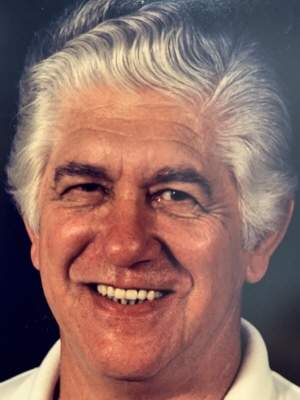 Cochran Funeral Home and Cremation Services of Hiawassee announces memorial services for Mr. Robert Carr, age 86, of Hiawassee, who went home to be with his Lord on Tuesday, August 4th, 2020, at Chatuge Regional Nursing Home in Hiawassee.

Mr. Carr was born in the Catskill Mountains of upstate New York, a son of the late Earl F. Carr and the late Nellie Hilsinger Carr. Bob was brought up on the farm and had the strength of an ox. It was here that he developed a strong work ethic. He served proudly in the U.S. Army after High School with the 82nd Airborne during the Korean War Era. After his military service, Bob returned to Walton, NY to begin his career as a lineman. Bob had a unique ability and made climbing utility poles with equipment on look easy . He quickly progressed to the supervisor level with General Telephone. Bob was quiet and reserved, but spoke when he had something to say. His men understood him and highly respected him. He and his family went through several transfers of assignment throughout the country and ended up in Sarasota, Florida where he eventually retired. Bob began to vacation in Hiawassee in 1983- the scenic beauty reminded him of his beloved Catskills. Soon after, he made Hiawassee home and began driving trucks for Arbor Acres.

Bob was a man of great faith. He was a member of Union Hill UMC and sang in the choir. He truly believed in investing his family and leaving a legacy that will impact the generations to come. He will always be known as a mentor and friend. He enjoyed woodworking projects, shining his car, and was master of the barbecue grill.

He will be missed by all who knew him, but especially by his loving wife and best friend of 67 years, Peggy; son and daughter-in-law, Chris and Rita Carr; and four grandchildren: Christopher Hart (Crystal), Shannon Mitchell, Brandon Carr, and Ryan Carr (Krista). Four great grandchildren also share in his legacy. Bob was preceded in death by his daughters, Colleen Miller and Jeanne McCue; his parents; and 6 brothers and sisters.

Memorial services will be held at 2:00 p.m. on Saturday, August 22nd, 2020 in the Chapel of Cochran Funeral Home of Hiawassee with Pastor Sharon Loylee officiating. Military Honors will be presented by the North Georgia Honor Guard.

In lieu of flowers, memorial donations may be made to St. Jude Children's Research Hospital, 501 St. Jude Place, Memphis, TN 38105 or online at www.stjude.org.

Arrangements entrusted to Cochran Funeral Home of Hiawassee. Please share your condolences and fond memories with the family online at www.cochranfuneralhomes.com.
To order memorial trees or send flowers to the family in memory of Robert Carr, please visit our flower store.