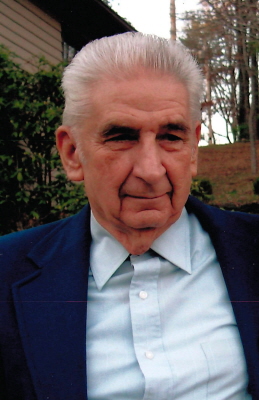 Mr. Robert Eugene Wehunt, age 90, of Blue Ridge, passed away Saturday, November 7, 2020, at his home. He was born on October 25, 1930, to the late Homer Wehunt and the late Myrtice Burnette Wehunt. Mr. Wehunt was a US Air Force Veteran serving in the Korean Conflict and retired from General Motors after 30 years of service. Bob was a member of Highland Baptist Church and enjoyed woodworking, fishing, hunting, and gardening. He was preceded in death by his father, Homer Wehunt, and mother, Myrtice Wehunt, brothers, Kenneth Wehunt and Bill Wehunt, sisters, Erma Mae Wehunt and Kathyleen McCoullough, nephew, Jamie Wehunt, and niece Christine Brown.

Arrangements entrusted to the Henry-Cochran Funeral Home of Blue Ridge, GA. You may send condolences to the family and sign the guest register at www.cochranfuneralhomes.com.
To order memorial trees or send flowers to the family in memory of Robert E. "Bob" Wehunt, please visit our flower store.