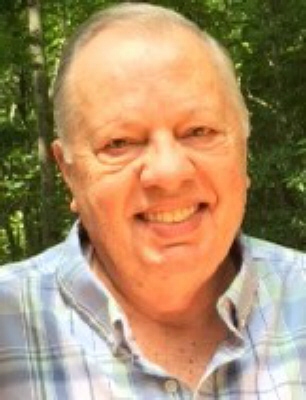 Robert Francis Stilson, age 83, of Marietta, GA, passed away on August 8, 2021, at Kennestone Hospital in Marietta, GA. Robert was born on August 6, 1938, in Wayland, New York, to the late Francis T. Stilson and the late Mary Fanaro Stilson. Mr. Stilson grew up and graduated high school in Perry, NY, loving nature, his family, and his friends. He lived as a young adult in the Miami, FL, area before enlisting in the US Army. Mr. Stilson served in Germany from 1961-1964 as a Specialist 5 in the Army Artillery Detachment, earning citations including M-14 Sharpshooter, Good Conduct Medal, and a Certificate of Achievement for selection as the Outstanding Soldier of the Quarter. After his military service, he married his beloved wife, Barbara Kimberley Stilson, and worked in the Miami area as a grocery store manager and in wine and liquor sales. He moved his family to Blue Ridge, GA, in 1976, where he worked as a salesman for Keebler and Nabisco. He lived in Blue Ridge for 43 years. He had many talents and was an avid fisherman who was devoted to his family. He was preceded in death by his father, Francis Stilson, his mother, Mary Fanaro Stilson, his brother Frederick Stilson, his sister Denise Stilson Lehman and his wife, Barbara Kimberley Stilson, to whom he was married for 34 years.

A graveside service will be conducted on Saturday, August 14 at 2 pm at the Copper Ridge Memorial Gardens, Blue Ridge, GA, with Dr. Tom Jordan officiating. Military Honors will be conducted by the North Georgia Honor Guard.
Arrangements entrusted to the Henry-Cochran Funeral Home of Blue Ridge, GA. You may send condolences to the family and sign the guest register at www.cochranfuneralhomes.com.


Arrangements entrusted to the Henry-Cochran Funeral Home of Blue Ridge, GA. You may send condolences to the family and sign the guest register at www.cochranfuneralhomes.com.
To order memorial trees or send flowers to the family in memory of Robert Francis Stilson, please visit our flower store.