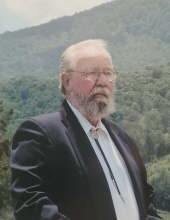 Pastor Robert K. Mizell, age 74 of Blairsville, Ga, passed peacefully from his home here to glory, while surrounded by loved ones on January 7, 2022. Pastor Mizell was born in Manatee Co., FL, on February 14, 1947, to Robert Glenn and Velma Knight Mizell. A Vietnam veteran, he fought a long battle with Parkinson’s from Agent Orange exposure. Despite the ever-changing effects of this disease, Pastor Mizell continued to enjoy a good laugh to the end and was never heard complaining by anyone.

Pastor Mizell wore many hats during his lifetime. He was a beloved husband, father, grandpa, pastor, son, brother, uncle, and friend. He worked as a meat market manager for over 35 years and was known among his peers as “The Legend” for his skill in the industry. He was also an avid fisherman. While cast netting for mullet was his favorite, he could often be found on Lake Nottely hooking some striped bass.

Pastor Mizell married the love of his life, Donna Irene Pope, on January 28, 1972. After leaving Bradenton, Florida, and moving to Murphy, North Carolina, they founded The Lighthouse Church and one of the first Christian schools in the area, Lighthouse Christian Academy. Together they had 4 children Rena, Bryan, Jodi, and Garrett of whom he was very proud.

Funeral services will be held at 11:00 am, Saturday, January 15th, 2022, at The Lighthouse Church with Rev. Kevin Garrett officiating. A eulogy will be given by Crawford Mizell and music will be provided by Caleb Pope and Jenean Mizell. Interment will be in the Lighthouse Church Cemetery with Military Honors presented by the North Georgia Honor Guard and graveside service officiated by Rev. Ben Pope. Mr. Mizell’s grandsons and nephews will serve as pallbearers. A reception will follow in the church's fellowship hall. Additionally, the service will be streamed live on the church Facebook page. In lieu of flowers, donations can be made to The Lighthouse Cemetery fund, St. Jude’s Hospital, or the charity of your choice.

Arrangements entrusted to the Cochran Funeral Home & Crematory of Blairsville.  You may send condolences to the family and sign the guest register at www.cochranfuneralhomes.com.

To order memorial trees or send flowers to the family in memory of Robert K Mizell, please visit our flower store.