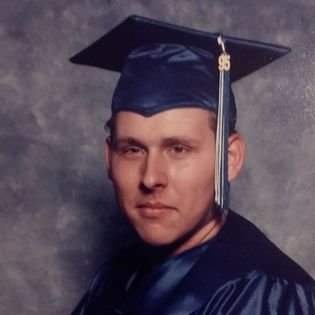 Robert Eugene John Massie Oneal, 45,passed away Wednesday, June 29, 2022. Robert was born September 17, 1976, in Arcadia, FL to Robert and Paula Oneal.  He lived the majority of his life in Arcadia, and the last year and a half in Murphy North Carolina.

Robert was a member of Trinty Methodist Church in Arcadia, Florida and attended the Grace Presbyterian Church in Blairsville.

He graduated from DeSoto High School in 1995. He owned and operated a Subway franchise from 2003 to 2006. He later became a corrections officer at DeSoto Correctional Institution in DeSoto County, Florida.
Robert battled a serious illness since January 2018, and died while attending church Wednesday evening. He is now at peace.

Cochran Funeral Home is honored to serve the family of Robert Eugene John Massie Oneal; you may send condolences to the family and sign the guest register at www.cochranfuneralhomes.com.

To order memorial trees or send flowers to the family in memory of Robert Oneal, please visit our flower store.