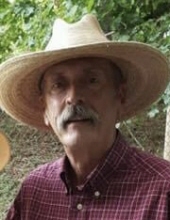 Robert John Hurd, of Morganton Georgia, born in Elmira, New York passed on to be with his Maker on January 24, 2022, peacefully in his favorite place, his home on his farm. Robert, known by all as Bob, had 76 wonderful and impactful years on this earth. He is survived by his wife, Pamela Hurd, his son Shawn Hurd and wife Heidi Hurd, his daughter Letitia Macfie and husband Chad Macfie, his daughter Jessica Hurd and husband Mandel Elmore. He is also survived by his grandchildren Marcella Perego (26), Thoren Perego (24), Landon Elmore (10) and great grandchildren Kaiden (5), Siena (1) as well as several nieces and nephews.

Robert impacted so many lives in a number of roles. He was a loving husband, son, father, uncle, brother, mentor, and inspired all who knew him.

Robert was a focused, hard worker from the start. He served as a Seabee in the Navy and then went on to graduate from Cornell University which led to a very diverse set of personal and professional skills and talents. Although Entrepreneurialism ran through his blood, he was a banker, business owner, athlete, and equestrian. He had solutions for problems and would always be the one to dig in and fix it.

Robert was often known for how strong and supportive he was, and he had the largest and most giving heart. He worked hard for everything and everyone, and the only thing second to his family were his many four-legged friends. He had the love of 3 dogs, 4 horses and 2 cats at his passing and several more during his lifetime. The farm life was where he was most happy and at peace.

There was no adventure Bob wouldn?t go on, he lived his life full and lived it well. As a man of God, he was kind, loving, giving, adventurous, brave, and blessed everyone that knew him.

Arrangements were entrusted to the care of Cochran Funeral Home and Crematory of Blairsville. Please share your condolences and sign the guest registry online at www.cochranfuneralhomes.com.
To order memorial trees or send flowers to the family in memory of Robert "Bob" John Hurd, please visit our flower store.