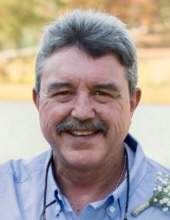 Ronnie was a member of Confidence United Methodist Church and he had a deep faith in Jesus. He never met a stranger, and he loved people, especially his family and his grandsons. He enjoyed the farming life, raising cattle and sheep. Ronnie had been preceded in death by his paternal grandparents, Harlan and Ruth Duncan; his maternal grandparents, Willard and Annamae Nichols; and an uncle, Jack Duncan.

Funeral services are scheduled for Sunday, September 5th, 2021, at 3:00 p.m., in the Chapel of Cochran Funeral Home of Blairsville. The following gentlemen have been requested to serve as pallbearers: Dakota Knox, Shawn Dyer, Josh Holbrooks, Jordan Justice, Trent Kerr, and Michael Baxter. The following gentlemen are requested to serve as honorary escort to the family: Larry Brackett, Danny Knox, Tim Gibby, Mark Burrell, and Merle Sweeten. Burial will be in Union Memory Gardens Cemetery in Blairsville.

Flowers are being accepted, but if you prefer, memorial contributions may be made to The Gideons International.

Arrangements have been entrusted to the care of Cochran Funeral Home of Blairsville. Please share your condolences and sign the online guest registry at www.cochranfuneralhomes.com.
To order memorial trees or send flowers to the family in memory of Ronald "Ronnie" Harlan Duncan, please visit our flower store.