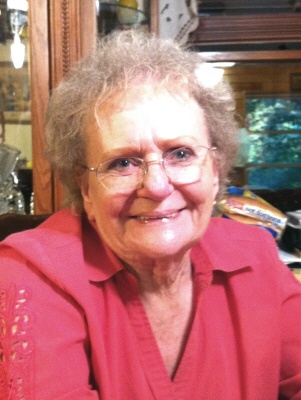 Cochran Funeral Home of Blairsville announces the death and funeral services for Mrs. Ruby Warren Hogsed, age 86, of Blairsville, Georgia, who passed away on Wednesday, January 19th, 2022, in Union General Hospital in Blairsville.

Mrs. Hogsed was born in Blairsville, a daughter of the late Luther John Bowers and the late Ada V. Rich Bowers. She was a lifelong resident of Blairsville, and was a member of Mt. Pleasant Baptist Church. Ruby was the well-known and loved owner and operator of the Coffee House Restaurant in Blairsville for many years. She had been preceded in death by her first husband, Earl Warren, who passed away in 2005.

Funeral services have been scheduled for Sunday, January 23rd, 2022, to be held at 3:00 p.m., in the Chapel of Cochran Funeral Home of Blairsville, with Rev. Kenny Beavers officiating. Burial will be in Mt. Pleasant Baptist Church Cemetery. Visitation will start at 1:00 p.m. at the funeral home.

Arrangements have been entrusted to the care of Cochran Funeral Home of Blairsville. Please share your condolences and sign the online guest registry at www.cochranfuneralhomes.com.
To order memorial trees or send flowers to the family in memory of Ruby Warren Hogsed, please visit our flower store.