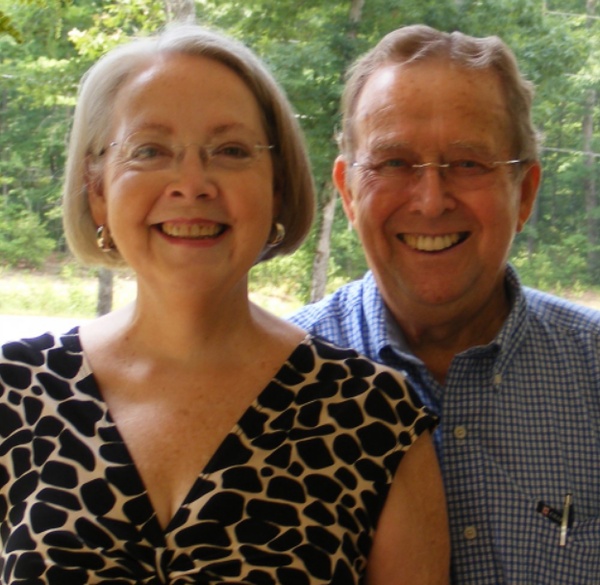 Mrs. Sandra Quintrell Finch, 81, of McCaysville, Georgia, peacefully passed from this life into the next on June 18, 2022, surrounded by her daughters and their husbands. She leaned on her Lord for comfort and understanding throughout her lifetime, clinging to her faith and knowing that this life is temporary. Her family is left to grieve her loss, though there is great joy in knowing she is whole in Heaven, with loved ones who have gone before her.

Sandra, known to friends as Sandy, was born to William Henry and Nell Fry Quintrell on March 19, 1941, in the Mobile section of Fannin County. She was the sixth of seven children: John, Grace, Doris, Tommy, Roy, and infant Charlotte. Sandy was the last surviving child in the large family, being preceded in death by her parents and all of her siblings.

Sandy married James R. A. "Bud" Finch on June 10, 1963. In the early years of their marriage, she worked at the local bank and also in the office of Dr. Zachary. Once their first child was born, Sandy went home to tackle one of the toughest jobs on the planet: wife and mother. She did an amazing job raising two daughters: Sarah and Martha. She worked tirelessly to make sure they could discern right from wrong, good from evil, and always put others over self. They provided her with a challenge, but in the end, her relentless work and dedication to the task paid off. In addition to her role as mom, she was a loving and supportive wife, frequently helping Bud in the family business, Finch Funeral Home, which they sold in 1991. She had great joy in her family and was devoted to their success and happiness. Sandy was fiercely loved and was a Godly example of a wife and mother. She will be forever missed.

Sandy was preceded in death by her wonderful husband, Bud, as well as her sisters Doris (Carl) Abernathy, Grace (Oren) Postell, and brothers John, Tommy, and Roy.

Sandy is survived by daughters Sarah (Frankie) Rigdon and Martha (Jake) Williams. In addition to her daughters, she enjoyed the love and adoration of four grandchildren (Tripp, Aaron, and Mollie Lariscy and Jacob Williams) and four great-grandchildren (Joleigh, Lily, Emmett, and Mya). Children of all ages were her greatest joy, and she felt richly blessed to have little ones in her home.

The funeral liturgy for Sandy, led by Father John Conway, will be held at 2:00 p.m. on Monday, June 20, 2022, at St. Anthony's Catholic Church in Blue Ridge, Georgia. There will be a visitation immediately preceding at 1:00 p.m. and interment following at Crestlawn cemetery. Pallbearers will include her grandsons, Tripp, Aaron, and Jacob, as well as nephews Jim Quintrell and Chip Abernathy, grand nephew Britton Qunitrell.

Finch- Cochran Funeral Home in McCaysville in charge of arrangements.

To order memorial trees or send flowers to the family in memory of Sandra Quintrell Finch, please visit our flower store.