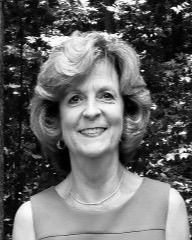 Mrs. Sandra (Sandy) Sue Groover, age 73, of Young Harris, passed away peacefully on December 7th, 2022, following a battle with ALS.
Sandy was born on September 4, 1949 in Pontiac, Michigan, the daughter of the late Norma J. Anderson.  She is survived by her husband, Gary Wayne Groover, and sisters Pam and Debbie.
Sandy and Gary moved from Orlando, Florida to the mountains of North Georgia after retirement.  Sandy retired after serving for 30 years, working under three former mayors of Orlando, Florida.  She then went back to work in Georgia for 12 years at Edward Jones Investments in Blairsville.  Sandy and Gary have also been members of First Baptist Church of Blairsville for over 20 years.  Her faith was strong!
The most passionate thing in Sandy's life was her husband Gary.  A love story like no other!  She was also crazy about her two doggies, Cookie and Teddy.  She loved spending time with family and friends, bowling, exercising, word puzzles, and most of all, shopping.
A private family memorial service will be held at a later date.  She will be missed beyond measure.  She loved so well.  A life well lived Sandra Sue!

Cochran Funeral Home and Crematory of Blairsville in charge of arrangements.

To order memorial trees or send flowers to the family in memory of Sandra "Sandy" Sue Groover, please visit our flower store.