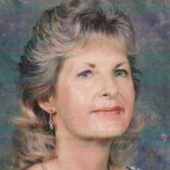 She loved her Mom, Dad, and Brother. Marie was saved at 10 years old. Her Lord and Savior meant everything to her. She worked and sang in church. Growing up, Marie learned the value of hard-work. She picked beans, peppers, stripped cane, cut cane heads, and hoed corn. Then she would work in the chicken house gathering eggs and the egg house, scalding eggs and casing them.

When she was 16, Marie worked as a waitress in the summer months and on week-ends at Milton Motel until her graduation in 1959. It was there she met Mr. Glassberg who gave her an opportunity to work with the Blairsville Dress Factory that had just began. She was delighted to get paid $1.00/ hr. which was far better than 20 cents a bushel for picking beans! As time passed, more factories came to Blairsville and wages went up.

For almost 50 years, Marie worked until the factories left to Mexico, losing her job 3 months shy of her 62nd birthday. This turned into a blessing as she was able to love and care for her mom and dad. Her sweet mom went to be with Jesus on May 24th, 2006 then her daddy joined her on October 2. Marie took comfort that they were together in heaven celebrating their 70th wedding anniversary.

She will be warmly remembered by all who knew her, but especially missed by her family: brother, James Ray Brown (Alwayne) of Blairsville; niece, Cindy Hunter (Jerry); nephew, Jason Silvers; and great nephew, Joshua Silvers. Marie was preceded by her parents, Barney and Northa Brown.

In lieu of flowers, if you wish, memorial donations may be made to New Liberty Baptist Church, P.O. Box 1078, Blairsville, GA 30514.

Arrangements entrusted to Cochran Funeral Home & Crematory of Blairsville
To order memorial trees or send flowers to the family in memory of Shelby "Marie" Brown, please visit our flower store.