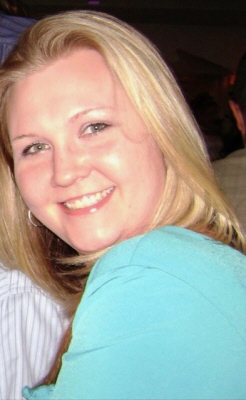 Ms. Sheridan Leigh Davenport of Jefferson, GA, age 35 passed away on Thursday
morning at Piedmont Hospital in Fulton County Georgia. Sheridan was born on
April 11, 1985 in Gwinnett County to Glen and Debbie Davenport. Sheridan
never had Covid 19 but it affected her healthcare. She had lupus. It had affected
all her organs especially her liver. She had been on the Liver Transplant List for
two year. She went into liver failure on September 4, 2020.
Sheridan was a graduate of North Gwinnett High School and attended Gainesville
Junior College. Thursday morning Sheridan joined her father with Christ because
according to her testimony Sheridan had accepted Christ as her Savior. She grew
up in a loving home and had been pampered. She, like most young women her age,
she had plans. She had a good job with an opportunity to advance. She owned a
home and had friends. She loved the beach, water and the sun. Like her father
she also enjoyed sports and played ball from early childhood. She was employed
as an Office Manager, Havertys Furniture EDC, Customer Service at Braselton, GA.
She was preceded in death by her father, William “Glen” Davenport;
grandparents, James and Grace Groover, Sue Davenport and Claud Davenport;
aunts, Mildred Cook and Margie Alexander.
Sheridan is survived by her mother, Debbie Davenport of Jefferson, GA,
Special Uncle David (Carolyn) Ayers; half- siblings Bryon Davenport and Angie
Davenport; step-son Chandler Almond; Locally by aunts Melba Jackson, Mazie
(Bruce) Gray, Martha (John)Brackett, Uncle, Gary (Jodi) Davenport. Also surviving
are a large family of cousins and other extended family.
Due to restrictions. A private family service will be held at Hamilton Mill Memorial Chapel and Gardens Funeral Home of Jefferson, GA.She will be laid to rest at White Plains Chapel and Garden of Lawrenceville, GA, next to her father.
Presented as a courtesy of Cochran Funeral Home of Blairsville.
To order memorial trees or send flowers to the family in memory of Sheridan Davenport, please visit our flower store.