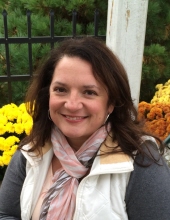 Teena was born and raised in Blairsville, Ga  where she would later meet her husband, David Atkins, who would have been married for 38 years on April 10, 2022. She had a passion for Education and was a Teacher/ principal for many years. Along with her love for teaching she also would take many of trips to Maine with her family and created lifelong memories that will stay with each of them forever. She was also of Baptist Faith, and those who knew her will miss her greatly.

She was preceded in death by her  father, Hughes Chatham, and her grandchild, Charlie Atkins.

The family will receive friends at the Union County Performing Arts Center on Sunday, March 20th, from 2:00pm to 7:00pm.

To order memorial trees or send flowers to the family in memory of Teena Marie Atkins, please visit our flower store.